Benjamin Kek has about 15 years of experience in finance and investments. Benjamin started his career in 2001 in financial audit, in PricewaterhouseCoopers.

From 2004-2011, he was with the Monetary Authority of Singapore, first in the insurance regulatory function, and subsequently in the central banking side, managing the investment risk of internally-managed MAS portfolios. Benjamin was also CFO of an SGX-listed company from 2011-2013, helping to restructure its balance sheet and raise capital.

Benjamin has an MBA from the University of Cambridge (England, 2009), and is a Chartered Accountant and a Chartered Financial Analyst.

From 2003-2007, he was an Investment Strategist at Citi Private Bank, providing investment advisory services, including portfolio counseling, construction and asset allocation across the major asset classes. Eugene was also a member of the Citigroup Private Bank Investment Policy Committee.

Eugene was the Head of Products (Vice-President) at OCBC Securities from 2009 - 2010. Subsequently, at a leading Swiss Bank, he joined as Asian Equity Strategist (Director). Eugene has an MBA from HEC School of Management (France, 2009).

Ken has over a decade of trading experience, encompassing Bursa Malaysia futures, CBOT soft commodities and Asian equity futures. He was a Local Participant of Bursa Malaysia Derivatives Berhad between July 2011 till November 2015. He traded KLCI and FCPO futures with proprietary funds.

From September 2006 to May 2011, Ken worked as commissioned futures broker representatives at CIMB Futures. He handled clients' orders and provided investment advice to clients.

Ken graduated with a Bachelor of Business Administration (Honors) degree from the Universiti Tunku Abdul Rahman (UTAR), Malaysia in 2006.

Brian has been managing investments since 2005 and has been the manager of the Pilgrim Private Debt Fund since 2017.

From 2010 to 2012, he was Vice President at ipac Singapore's office managing money for expatriate and Asian high net worth clients. ipac was an international financial advice and investment group and a member of the Global AXA Group.

Whilst an undergraduate in Sydney, he successfully founded an e-commerce distributor of military illumination equipment. 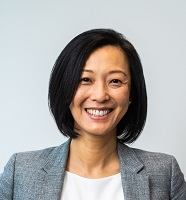 Ginger Hsiao is the Portfolio Manager, Director and a shareholder of the Fund.

She also sits on the Board of Directors of St Luke's Eldercare Ltd. in Singapore, where she is the Deputy Treasurer, and is on the panel of 100% Angels Fund in Taiwan, a Research to Business incubation fund.

In 2012, Ginger co-founded Ginward Ltd in London, where she is a non-executive Director.

From 2011 to 2012, Ginger was Executive Director, Global Hedge Funds and Asset Management Group of Santander Global Banking and Markets based in London.

From 2006 to 2008, Ginger was Managing Director, Head of China Corporates Sales and Head of Asia Structured Finance Division of Calyon Credit Agricole. Based in Hong Kong, she managed the regional sales team responsible for all Capital Markets transactions. She was tasked to build the Chinese Corporate market for the bank and align internal credit policies and legal teams towards the effort. She also led high profiled Structured Finance transactions in the Energy, Aviation, Real Estate, and Shipping industries spanning across Australia, Philippines, Singapore, Japan, China, Taiwan and Hong Kong.

From 2001 to 2006, she was Managing Director, Head of US Corporate Sales for Global Rates Division of Calyon Credit Agricole, where she led the team responsible for providing solutions to US Corporate clients in diversified industries with sizes ranging from SMEs to Fortune 500 Companies. Of her special focus were Private Equity firms such as Carlyle Group, Apollo Global, Blackstone, Wasserstein Perella & Co., their LBO activities and portfolio companies.

From mid-1998 to 2000, Ginger was Co-founder and CFO of Label Source USA, a manufacturing and internet B2B venture which serviced the Packaging Material industry, based in CA, USA.

From 1993 to mid-1998, she was Vice President of Citigroup Global Relationship Banking Group, based in NYC, where she financial engineered and marketed investment products to various Global Institutional Investors, such as Fidelity Investments, and other financial institutions. She structured, launched EMTN issues and raised funds for The World Bank and other Financial Institutions and provided hedging solutions for Citibank Credit Cards Group.

From 1990 to 1992, she was Financial Analyst for Citigroup Global Corporate Finance and Investment Banking Division, based in NYC, where she performed financial analysis for credit approvals, M&A activities and bankruptcy workouts.

In 1991, Ginger graduated from The Wharton School, University of Pennsylvania with a Bachelor of Science in Economics, concentration in Finance and International Finance degree, with distinction and full Mayor Scholarship. 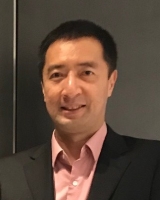 Shyan Wen is singularly obsessed with stocks. He has been investing in the equity markets for the past 15+ years. Prior to Pilgrim, he managed portfolios at Myriad, Tiedemann, and Highbridge. He started off as an analyst at Citigroup/Smith Barney Asset Management.

Kazuhiro Ono is the designated portfolio manager of the Zise Art Fund. Kazuhiro graduated with a Bachelor of Law from Tokyo University. He started his career in foreign exchange trading and the interest rate derivative business at Bankers Trust Co., Tokyo. He later moved to Deutsche Bank, Tokyo where he became the head of banking book investment.

After several years at Deutsche Bank, he established Replus inc. (which underwent a successful initial public offering on Tokyo Stock Exchange) as one of the founding management members. The company focused on arbitrage investment strategy by conversion / renovation of office buildings in Japan to increase the investment value of properties. The strategy included setting up J-REIT to leverage the business expansion.

In March 2013, he founded and became the Chief Executive Officer and Director of Glaux Investment Pte. Ltd., which engaged in advising cross-border merger and acquisition and private equity investments in Asia, which focuses on boutique investment bank services, especially in the PE investment area, including start-ups and real estate deals. In 2018, he joined the Zise Capital as a founding partner.

He is a global markets veteran for 16 years, and was an Executive Director in FICC, UBS AG Singapore where he managed a team of traders covering South Asia derivatives and fixed income business until 2013.

Having worked in ING NV China, Bank of America Hong Kong, Fortis NV Hong Kong across 10 years, Patrick also has extensive experience in North Asia markets. As Head of trading and ALM in ING Bank NV China from 2005 to 2010, he was one of the pioneering traders who started the Chinese offshore and onshore derivatives business. He started his career during the 1998 Asian financial crisis as an Emerging Markets trader in Standard Chartered Bank Singapore focusing on Thailand.

Patrick received his Bachelor of Business (Applied Economics) with first class honours from Nanyang Technological University in 1998, and is also a certified financial risk manager (FRM).

The risk of loss in trading financial instruments can be substantial. Investors should be aware that any investment involves a high degree of risk, including the loss of the entire amount invested. Past performance is not necessarily indicative of future results and the value of an investment may fall as well as rise. The high degrees of leverage that are often employed in trading financial instruments can quickly lead to large losses as well as large gains. Investors should therefore carefully consider whether such an investment is suitable in light of their financial condition.

This brief statement does not disclose all of the risk and other important aspects of investing in the financial markets. The full disclosure documents for the relevant investments can be obtained from Pilgrim Partners (Asia) Pte. Ltd. and should be carefully studied.

The performance represented is historical; past performance is not a reliable indicator of future results. Investments may be subject to significant fluctuations which may affect the value of an investment.